Call me naïve if you like, but I still believe that most politicians go into the business because they want to make the world a better place. They may lose their way, become seduced by the sense of their own importance, carried away by the thrill of the chase or corrupted by the influence of big money and lobbyists, but mostly they start off with good intentions. that certainly is why I went into politics. As a GP I was in a position to help individuals, but so often I realised that it was the system that needed changing. I could not prescribe a house for the homeless or a job for the jobless, but as a politician I might, I just might be able to do these things.

My early experience of life as a politician was encouraging. In our District Council we Liberal Democrats ran the administration with the support of some independents. We pushed up our recycling rates to one of the highest in the country. We delivered more new affordable homes for our size than any other authority. We attracted inward investment in the arts and developed our sports and leisure services. 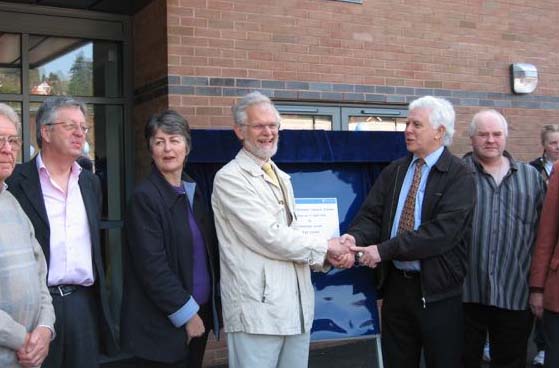 Things locally started to go downhill when we moved to Unitary Authority and the Conservatives took over, but by then I had moved on to the national political scene.

Nationally too, the position was optimistic. Party Conferences were a heady blend of idealism and optimism. Liberal Democrats had real influence and if leaders occasionally risked getting ‘too big for their boots’ there were plenty of stalwart members ready to remind them of the pledge enshrined in the Party constitution “to build and safeguard a fair, free and open society… in which no-one shall be enslaved by poverty, ignorance or conformity.”

Then came May 2010: a hung parliament. Like the vast majority of members of the Party I supported the decision to go into coalition. We knew that it would damage the Party, but having sung the praises of coalition government for decades it would be bizarre not to accept the challenge when it was offered. By September 2010 we could see that it was going wrong. The hastily written coalition agreement was already being overtaken by policies that the Conservatives wanted to introduce. The Liberal Democrat Conference warned Nick Clegg that he needed to stand up more for Lib Dem values, that he did not need to agree to everything that his friend Dave wanted. At a private meeting of Local Party Chairs I tackled Nick on that subject. He argued that the most important thing was to give the public a united view. He had to hold the coalition together for the full five years. We disagreed.

The mistakes were many, but for those who know me it will be no surprise that the Health and Social Care Act of 2012 was for me the most catastrophic mistake. I worked closely for months with another doctor who was also chair of his Local Liberal Democrat Party. Graham Winyard had a public health background and had been Deputy Chief Medical Officer and Medical Director to the NHS. Between us we had experience of most parts of the NHS and we had contacts throughout the Service. We were in a position to give the Party Leadership authoritative advice. At no point did Nick Clegg agree to see us. He telephoned us once and spent an hour and a half detailing all the concessions he had wrung out of the Prime Minister after the so-called ‘Listening Pause’. Those apparent concessions started to unravel when the Department published the official response five days later, and within a couple of months it was clear that they did not amount to a can of beans. Graham Winyard resigned from the Party in frustration and disgust. I decided to fight on. I fought on through Liberal Democrat Conferences. Time and again the inner caucus of the Party would block my attempts to allow the Party members to debate the changes being imposed on the Health Service. If I did manage to get to through to the membership, I found great support from the members.

I fought on when the regulatory framework for the Health Act was published. I served on a policy working group that was preparing future policy options for Liberal Democrats with regard to delivering public services. Seven of us in that working group produced policy proposals that included the removal of the wasteful and destructive use of markets in the NHS. Those proposals were never debated. It seemed that Nick Clegg was actually in favour of breaking up the NHS and with the help of junior ministers Paul Burstow and Norman Lamb and with Shirley Williams in the House of Lords he was able to deliver the NHS on a plate to the Tories. 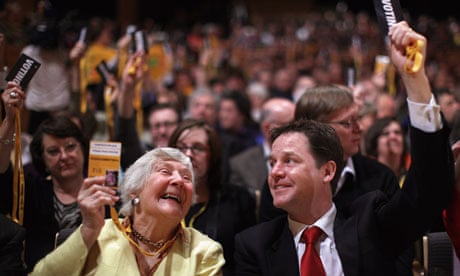 May 2015 saw the Liberal Democrats reap the reward for cozying up to the Tories. The Party was almost wiped out. But every challenge brings an opportunity. Tim Farron had long waxed eloquent on the need to return to the values of Beveridge. If the NHS was conceived by Beveridge and delivered by Bevan there might be hope that Liberal Democrats would rediscover that value of a single nationalised health service. Alas, Tim Farron has made no response to our policy proposals.

And now; and now the final blow. Tim Farron has lead his tiny bunch of MPs through the lobby to support Cameron in his madcap bombing escapade in Syria.

Tim Farron in the debate on Syria

I shall not repeat all the arguments against escalating the war in Syria. Many others have put clearly the tactical, strategic, political and diplomatic arguments against escalating the violence there. I must, however, point out that war is a public health disaster. The purpose of bombing is to kill and injure, but over and above that, the damage to the infrastructure of a country leads to homelessness, poverty, starvation and disease. Mass migrations of terrified peoples then exacerbate and spread the suffering. No doctor can look on unmoved while their government or their political party deliberately causes so much illness, suffering and death, and I shall not do so. Enough is enough. I shall resign from the Liberal Democrat Party.

4 Responses to Enough is enough.